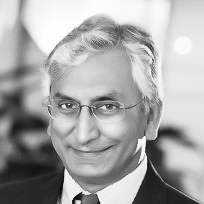 Congratulations on your first year as ISN President. How did you connect with ISN and grow your work there to achieve this?

It is an incredible honor to have been elected ISN President and to play an integral role in advancing the cause of ISN to improve kidney care on a global basis. I started my connection with the ISN as a fellow and have been a member for 30 years. That early connection drew me to remain involved. Over the years I have served on various ISN committees. As chair of the education committee, I was involved in setting up the ISN Academy, which offers online access to many educational opportunities to kidney health professionals around the world.

ISN appealed to me because of its humanitarian mission, its mission of finding solutions to the biggest current day problems and focus on capacity building in countries where the need is greatest. It is a great way of being part of the global community of volunteers, researchers and those interested in contributing to the growth of nephrology around the world.

How is ISN different from the others in the renal space and what is the main goal of the organization?

ISN is the biggest umbrella organization covering all regions of the world with both individual members and over 100 affiliated nephrology societies. The vision and mission are to give all people equitable access to high-quality kidney care and to minimize preventable kidney disease. There is a special focus on capacity building in the emerging world, where the number of healthcare professionals addressing the needs of patients with kidney disease is very low to nearly absent.

ISN works with multilateral organizations and is the only kidney organization. Its official relation with WHO helps it to help develop models of care, such as around dialysis delivery for poor countries and preventing kidney disease in disadvantaged rural communities. Awareness is part of the mission, and ISN is a great repository of information for policymakers, healthcare researchers and other stakeholders. Many people are still not aware that kidney disease is the third fastest-growing cause of death around the world. It is projected that by 2040 kidney disease will be the fourth or fifth leading cause of death globally, which is really alarming.

How does kidney disease present different challenges in the emerging world from those in developed countries?

If you look at statistics from around the world, diabetes and hypertension are the most common causes of kidney disease, but in developing countries, kidney diseases can develop due to a number of causes including infections, toxins, exposure to hot and humid conditions for those who work outdoors leading to injury from heat stress or insufficient water, sanitation issues, poor care during childbirth and preeclampsia, as well as some unknown causes.

Furthermore, even when the causes are diabetes and hypertension, emerging populations often develop kidney disease by as much as 10 to 20 years earlier than in advanced countries. This is possibly because these conditions, and kidney disease once it develops, go undiagnosed and untreated so that by the time they get medical attention it’s already too late. The difference could be due to other reasons, such as some real genetic differences, which we need to understand better.

Critically, people in these areas simply don’t have proper access to care for multiple reasons. So it is imperative for the healthcare community to ensure that known effective therapies are made accessible to all people everywhere. This is why implementation research is such an important element of George Institute’s work to take known treatments to people in need in a more affordable, accessible and scalable manner.

On the topic of clinical research, we are seeing an increased number of renal trials coming into Asia, due in part to the work George Institute has done to increase awareness. What more can we do to bring more research to this part of the world?

Realistically, trial design needs to be simplified from the traditional structure utilized in advanced countries. George Institute and George Clinical have taken a leadership role in innovation for clinical trials to make them more efficient and cost-effective and develop approaches appropriate for specific parts of the world. This includes the use of non-physician healthcare workers in the communities, technological approaches and also novel drug combinations. Now that it has been shown that trials can be successful in this part of the world, interest is steadily increasing.

Doing more collaborative studies and expanding clinical trials in areas where they don’t traditionally go is important because these populations offer a huge potential to improve clinical trial design and to gain access to large numbers of people where the need is greatest. As clinical trial capacity develops, the quality of general care in these areas also gets better. It lets researchers know whether a drug works equally well in all populations or if there is a difference in the benefits or harm in different populations of patients.

Are there any other important points you would like to make in closing?

The global research community has to work very hard to ensure that the best and most effective treatments are accessible to people everywhere and that we know the benefits and harms of treatments in all populations.

This also means that when drugs are tested for other diseases, such as cardiology or diabetes, kidney patients are not excluded from these trials, which has been the case historically. When a drug is approved only for people with normal kidney function, we are leaving out 10% of the population that has some form of kidney disease. This is slowly being recognized and corrected.

In closing, I will add that the goals of both ISN and George Institute are very compatible and seek to improve the health of millions worldwide, particularly those in disadvantaged circumstances, by challenging the status quo and using innovative approaches to prevention and treatment. The overlapping efforts of these two organizations help make quality healthcare available to everyone regardless of where they live. We must ensure that no one is left behind.