Insights on the Clinical Trial Landscape of South Korea 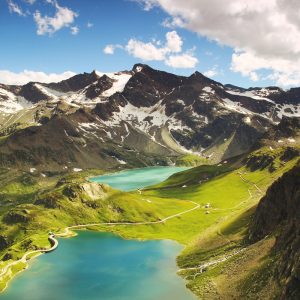 Philip Gregory of George Clinical – China, highlight South Korea’s capabilities in a three part series originally published on http://innovations.bbkworldwide.com/part-ii-insights-on-the-clinical-trial-landscape-of-south-korea. He provides insight on its recent clinical research developments that are driving innovation across the Asia-Pacific region.

Compared to other Asian countries, South Korea has a sophisticated infrastructure, a relatively large population and a sizeable market of 17 billion USD. In comparison to Japan’s mature economy, the cost of conducting research is lower and is less complex. For example, Korea’s Good Clinical Practice guidelines (GCP) have been consistent with the global International Conference on Harmonisation GCP since 2000, whereas Japan’s GCP guidelines are still not yet completely harmonized with ICH GCP.

As of late, there has been increasing support from the government to enhance this industry as well. In 2013, the Korean Food and Drug Administration (FDA) saw a significant increase in authority, as it was elevated to Ministry of Food and Drug Safety. The already well-established regulatory infrastructure has continuously improved over the past 10 years. Examples of recent developments include the ability for regulatory review of English protocols for phase I clinical trials in 2014, and development and publication of guidelines on clinical investigational medicinal products.

There are other organizations set in place for the support of South Korea’s clinical research community, such as the Korea Innovation and Collaboration Center for Global Clinical Trials (K.I.C.C.). This center provides services such as office facilities for new entries to Korea, assisting in clinical trial planning and vendor selection, formation of investigator networks in Asia, and hosting valuable information such as investigator and patient databases.

The number of qualified investigators and quality clinical research sites in South Korea has increased. The institutional review board (IRB) process is well established, and there are a host of training programs for investigators and GCP inspectors. Recently, several electronic resources have also been introduced. For example, a clinical trials e-registration system which immediately opens after IND approval, and a self-registration system for contract research organizations (CROs).

As South Korea leads the way in global clinical research among the Asia-Pacific countries, it is enabling constructive collaboration that will help distinguish its neighbors as major players in clinical trials as well. In the final part of our three part blog series, we will be discussing the exciting opportunities and complex challenges of conducting clinical trials in China.