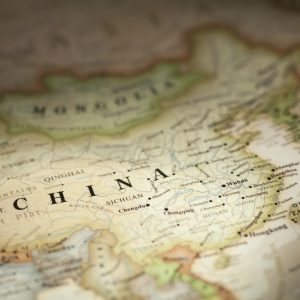 Active international collaboration has facilitated the rise of the Asia-Pacific region in global clinical research. In the first two parts of this blog series, we’ve discussed how Japan and South Korea – whose clinical research environments vary significantly from each other – share many common interests in their pursuit for advancing clinical R&D. The open flow of data between these countries, and their desire for expanding research, has resulted in a dynamic climate for conducting clinical trials.

In the third and final part of our series, Philip Gregory of George Clinical focuses on China.. With the world’s largest population, China’s recent changes to their clinical trial processes and infrastructure are an important milestone for the entire enterprise of global clinical research.

Second only to South Korea, China has recorded more clinical trials than any other Asian country between 2001 and 2012. This is no surprise, as China has the world’s largest population, a yearly pharmaceutical market growth rate of 6.3%, and a regulatory requirement for Chinese data in marketing applications. Additionally, the country is set to overtake Japan as the world’s second largest pharmaceutical market by 2016.

However, China is also the most complex destination for global clinical trials in the region. The regulatory framework is challenging – it currently takes 12-18 months for regulatory approval in China, compared to the review timeline of 30 days in South Korea. The pace at which the clinical trial market in China has expanded also makes for a hugely competitive market for qualified resources. This is against the backdrop of a shifting healthcare system which is pointing to a maturing market.

China has recently implemented significant changes to the framework of its clinical research industry, as major reforms were announced on the drug and medical device review and approval process in September 2015. The announcement included goals to reduce the approval timeline for new drugs to 6-8 months by 2016. Additionally, it allows the use of data from other countries in regulatory submission, and provides more transparency to the Chinese FDA approval process. In addition to these changes in regulatory framework, the directive also included goals to encourage innovation and improve data quality. The announcement was released by the State Council, which oversees the Chinese FDA, signifying the importance that the current administration places on achieving these goals.

While China has always been perceived as a complex environment for clinical development, these changes will significantly increase the cost of clinical R&D in the country, with a higher focus on quality. China has always enjoyed a cost advantage over South Korea and Japan, but this is changing as a result of the country’s recent reforms. For example, the country significantly increased its fees for new drug and device registration, which was announced in May 2015. New drug registration fees for local products have risen by 1682% to approximately $100,000 USD, whereas fees to register a new imported drug have increased by 2041% to approximately $159,400 USD. However, this increase in fees will no doubt contribute to achieving the goals announced in September 2015.

Those wishing to conduct clinical trials in China may find that the increased cost of entry offsets the future reduction in regulatory review timelines and quality improvements. Nevertheless, its vast population will continue to outperform recruitment for global clinical trials. The George Institute conducts non-registration trials in China where it is not uncommon to recruit 10,000 to 20,000 patients. In another example, George Clinical recently conducted a randomized clinical trial for registration that experienced an average recruitment rate of 13 patients per site every month. China will remain a key player in most global development plans, and the value placed on cost-effectiveness, international quality standards and solutions will increase.

Inclusion of data from other countries by the Chinese regulatory authorities may also influence the growth of clinical trials across East Asia– similar to the shift that occurred since 2007 after the PMDA accepted foreign clinical trial data for marketing applications. As China is set to become the second largest pharmaceutical market, this may result in an even greater demand for East Asian clinical trials.

The Asia-Pacific region is dynamic and diverse, where the growing pharmaceutical and device market is set to outpace the United States and Europe. There are varying levels of economic maturity and clinical capability throughout the region, however there are strong moderating factors taking place. Overall, regulatory transparency is improving, with clearer guidelines in place and strong commitments to improve regulatory approval timelines. There is also a greater degree of collaboration between regulatory agencies, which is setting the stage for harmonization in the future. It is clear that the region is also advocating innovation, and there will be an increased demand for innovative products that meet the clinical needs of East Asia and Japan. In light of this trajectory, we can expect the enterprise of global clinical research to keep growing in the Asia-Pacific region.