ORBIT – one of the largest study Type 2 diabetes in China

Over the last three years, The George Institute’s Associate Professor Zhang Puhong has led a very important and significant study on Type 2 diabetes in China, the ORBIT (Observational Registry for Basal Insulin Treatment) study. Professor Ji Linong, the chief physician of the department of endocrinology in Peking University People’s hospital, was the principal investigator.

ORBIT was launched in 2011 in conjunction with Peking University People’s Hospital. The study included almost 20,000 patients from hospitals all over China, and is one of the largest studies every performed on basal insulin usage in China. The purpose of the study was to evaluate “real world” basal insulin use in hospital clinics with typical Chinese diabetes patients whose blood sugar levels were unable to be controlled with oral medication alone. The results of the study are finally being published and show the utility and safety of basal insulin in clinical treatment for Type 2 diabetes. The study also helped our researchers realise the many challenges that we face with the clinical application of this valuable therapy in China.

Associate Professor Zhang Puhong led the research team for this study, which was initiated by the Chinese Diabetes Society (CDS) and received support by a leading pharmaceutical organization. This large and significant study will now provide a valuable and detailed data base going forward for all future clinical analysis regarding Chinese diabetic patients. 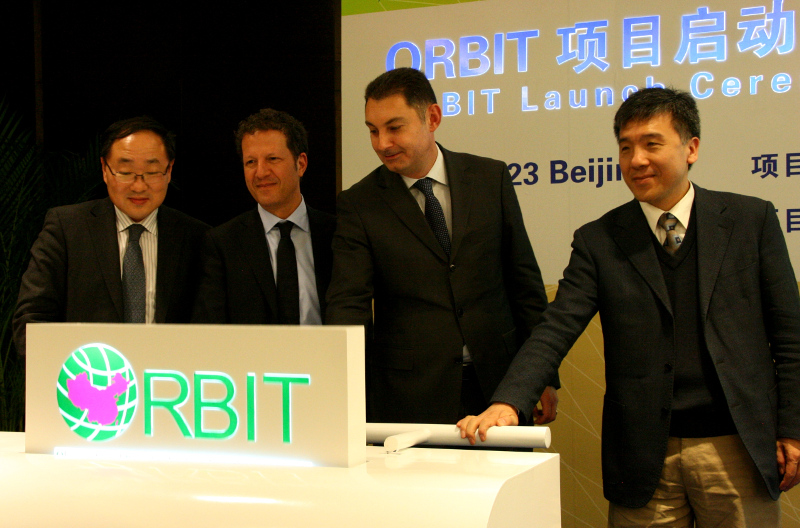 Challenges Noted During the Study and Evaluation:

Professor Ji Linong is the chief physician of the department of endocrinology in Peking University People’s hospital. He was the principal investigator of the ORBIT study and noted some of the key research outcomes that highlighted the challenges faced with a “real world” clinical study involving patients. Factors such as late initiation of basal insulin and insufficient dose titration were negatively affecting the achievement of optimal blood sugar control in diabetics. More than half (55.9%) of the study population started using basal insulin with an HbA1c level over 9%. This 9% level is much higher than recommended by national guidelines. This indicates poor bloody sugar control. Those patients were not unable to realise any of the advantages of basal insulin at an early stage nor did they adopt a therapeutic regimen of basal insulin in time to show improvement during the course of the study. Studies have shown that patients should begin basal insulin treatment within 2 years of diagnosis in order to see the best results controlling blood sugar level. Diabetic patients that wait 5 years or more to begin basal insulin statistically have less control over their blood sugar levels. The subjects of the ORBIT study had an average of 6.4 years since diagnosis before beginning insulin treatment.

Practical challenges were also noted in the area of achieving an effective basal insulin dose titration. More than 40% of the patients in the study had no dose changes within three months of commencement. Out of the 60% of patients that did have varying amounts of dose titration through the study, many still did not have a sufficient dosage. Almost 60% of the patients in the study did not reach the target fasting blood sugar level of 7mmol/l.  Only 15.9% of patients achieved a fasting blood sugar level lower than 6mmol/l.

Based on these published ORBIT study results, it can conclude that China’s healthcare providers and patients are not aware of the therapeutic value and advantages of basal insulin. The announcement of this study’s findings should serve as a wake-up call to Chinese citizens with diabetes and that they will be motivated to start a basal insulin regimen soon after learning of their diagnosis to manage their blood glucose levels.

With the announcement of ORBIT Study’s findings, it is hoped that healthcare providers’ awareness of the need to start basal insulin therapy sooner, enforce stricter blood glucose level goals, and how to find a reasonable dose titration. The overall goal of publishing our study is to ultimately help more diabetic patients meet their target blood glucose level.

A total of 19,894 patients were involved in the ORBIT study. The patients were from 209 county-level hospitals in eight regions across China. The map below indicates the geographic spread of the hospitals and are mapped to the closest city.