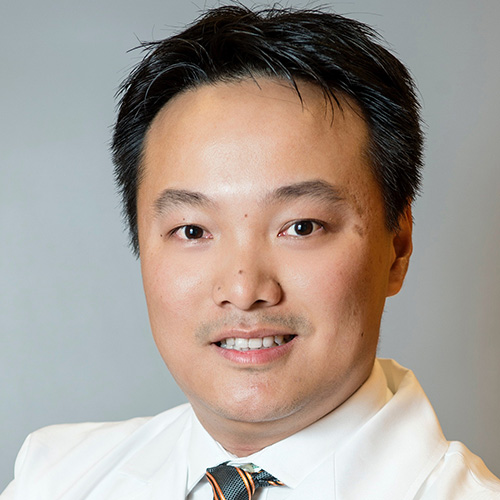 Dr. Loong is the newest member of George Clinical’s Scientific Leadership team. He is based in Hong Kong and holds conjoint appointments of Clinical Associate Professor in the Department of Clinical Oncology and Deputy Medical Director of the Phase I Clinical Trials Centre of The Chinese University of Hong Kong. He is also the current and founding convenor of the Prince of Wales Hospital Adult Sarcoma Multidisciplinary Team. He has conducted over 50 oncology Phase I, II and III trials as either a Principal Investigator or Co-Investigator and is interested in actively helping to develop further capacity for oncology research within the APAC region.

Welcome to George Clinical Dr. Loong. Could you tell us what made you decide to become a doctor and specialize in oncology?

It’s very timely you ask that because just recently doing interviews for medical school applicants for our university. I was looking at these youngsters graduating from high school and thinking about myself close to 20 years ago. I was always interested in science at school, yet I was also very involved in the humanities. And I chose medicine because I felt being a doctor was a good balance between the two. Medical Oncology was a natural progression because, although very scientific, it also involves a certain “art” of patient communication between the doctor, the patient and the family members. In Oncology we have the scientific backing, we have the knowledge, but how this is being presented to the patient is where the “art” meets science—being able to have that conversation of realistic expectations with patients while at the same time giving them a positive hope is a balance that is more of an art than a science. 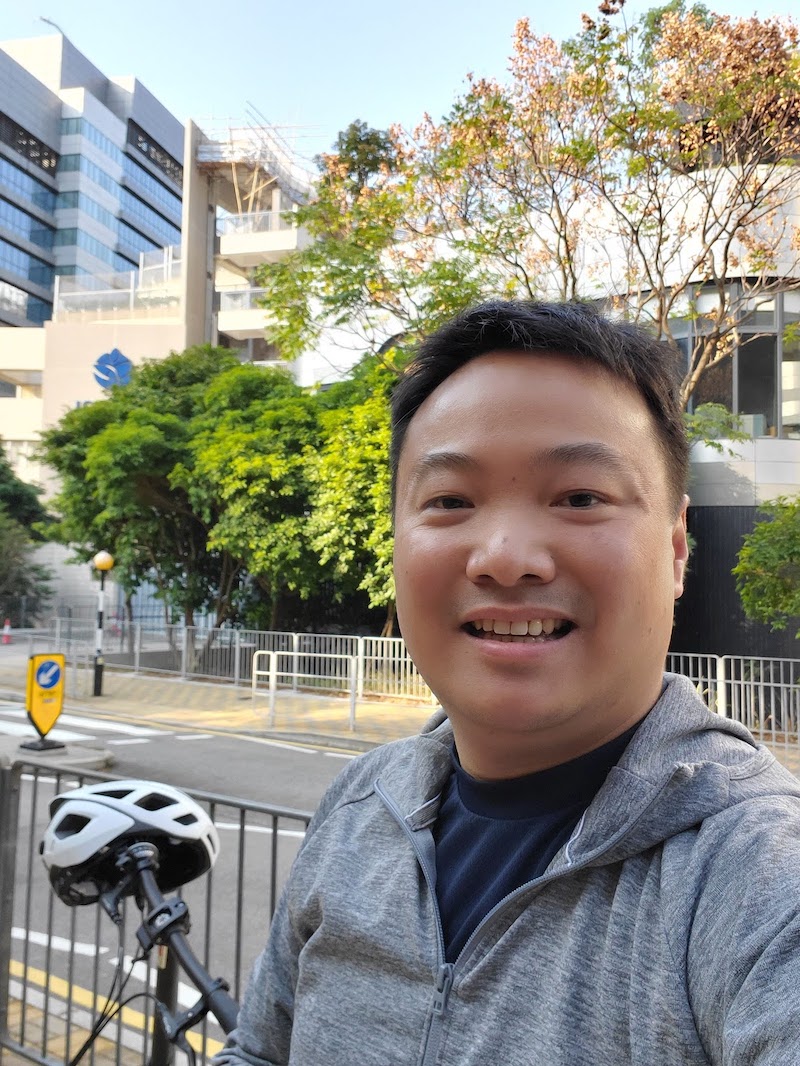 You did your clinical fellowship in Canada before you returned to Hong Kong. Was there anything specific that you learned there that you were able to take to your work in Hong Kong?

I did all my training in Hong Kong but then I did a year’s Clinical Research Fellowship in Drug Development at the Princess Margaret Cancer Centre in Toronto, Canada, where I established a firm interest in clinical development of novel therapeutics, especially pertaining to sarcoma medical oncology and neuro-oncology. The purpose of going to Canada was to see what infrastructure is required to set up an early phase oncology trials center. The Princess Margaret is a well established cancer center in Toronto—probably the most eminent one in Canada and certainly one of the top five in North America, and they have a Phase I clinical trials unit which is very well organized.

During my year there, I gained the knowledge of how to set up a unit in terms of infrastructure, and I also had good exposure to clinical trials. Hong Kong has a healthcare infrastructure that is very similar to Canada, as our oncology care here is predominantly administered through public healthcare. So structurally, though the same, I was able to bring to Hong Kong the maturity and experience from Princess Margaret of running a unit that would be efficient as a trials center but would also benefit our patients.

Why do you feel that Hong Kong is an important contributor to the oncology research space?

Hong Kong is important because of its strategic location. Although we are a separate healthcare entity, we are a window to mainland China. And we have an enriched population of ethnic Chinese patients. As China is certainly a very big market for drug development, we can help accelerate the development of drugs in mainland China itself. And we have advantages in Hong Kong as well. Our public healthcare system is very mature and similar to Canada. Our professional language is English and all hospital records and notes are kept in English. We are also able to ship bio specimens and samples abroad. So as a bridge to mainland China, Hong Kong has a strategic position but we have certain advantages over mainland China in terms of getting clinical trials completed.

There’s also the fact that Asia is a large portion of the world’s population, and the epidemiology of cancer is different in Asian countries. For example, certain tumors are more common in Asia than other parts of the world, while others are less common—like melanomas which we don’t see as much of, and when we do, they are different from the melanomas in the West. There are other differences—environmental, behavioral and even ideological differences. So Hong Kong has a distinct advantage in conducting clinical trials involving Asian populations. In terms of treatment of very specific types of tumors with different genetic makeup—especially now that targeted therapies are becoming more relevant in the field, our access to, and experience with, this population certainly gives us a competitive edge. 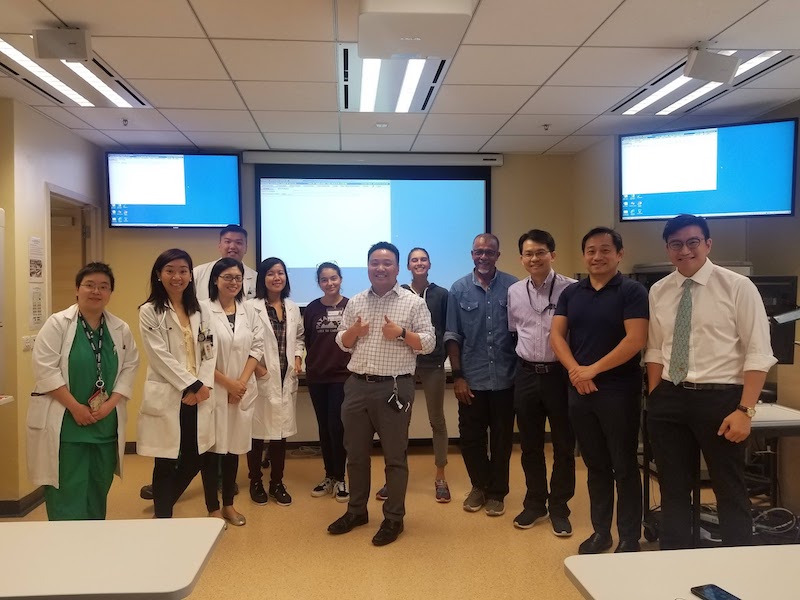 What is the significance of the work that George Clinical is doing in that region, and what’s exciting about that for you?

The significance is the fact that George Clinical is an international organization, with deep roots in Australasia. It’s a young and dynamic clinical research organization, very supportive of growth within the Asia Pacific region but also of personal growth of those who work with them. So I am able to bring my expertise to the table, but I can also learn a lot because they are so dynamic. They’re open to discussion on how, as an organization, they can develop and on how each person complements the organization. It’s different compared to larger organizations where the infrastructure is often set in stone and change and innovation can take much more time.

Are you excited to be part of the Scientific Leadership team for George Clinical and why?

I think it’s great that George Clinical has expertise, not only in Oncology, but from all therapeutic areas in all parts of the world. As treatments for oncology become more complex, we need that expertise from other specialties. It’s important in determining long term side effects of our treatments—being able to engage with nephrologists or cardiovascular specialists will be extremely helpful in developing new treatment protocols and new drugs.

That’s the beauty of it for me, that when a clinical trial is conducted, there will be someone involved from the beginning who has actually dealt with patients and understands things, not only from the scientific side, but also from the patient side. Going back to what we discussed earlier about the balance between science and humanity—regardless of whether or not a drug is approved, knowing that the trial will have benefits when there’s a clinician coordinating things from the perspective of the day-to-day clinical care of patients. This helps give every clinical trial the potential to have results that can be embedded into clinical practice and benefit a wide range of patients.

Clinicians who are involved in patient care can affect trial protocols in a positive way. By knowing how patients will react to certain things, the protocol can be designed to maximize the potential for patients. By looking at the human side of trial protocols you end up with trials that are more successful—have greater patient compliance and retention—trials with more patients who are willing to take ownership of the trial. It’s a recipe for success, so I really enjoy the fact that with George Clinical I will be able to bring my experience as a clinician into clinical trial process from the very beginning. 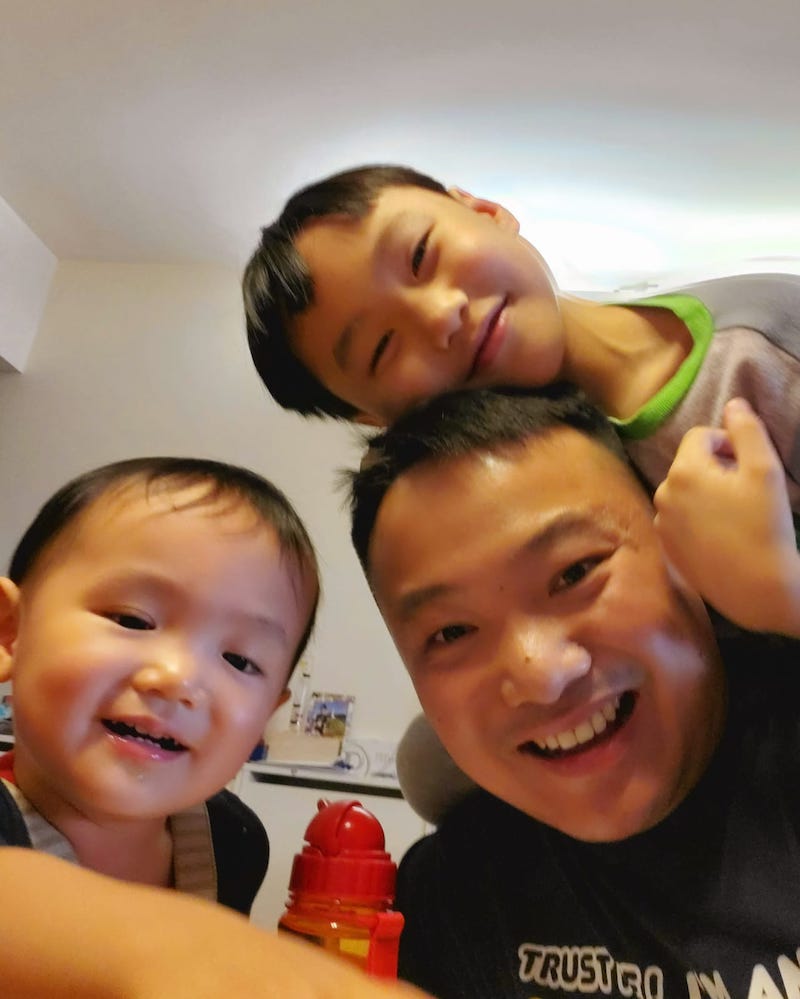 What is in the future for clinical trials and drug development?

Nowadays, because we have a better understanding of cancer itself, especially in targeted therapies, Phase I trials are more of an embodiment of both Phase I and Phase II. So aside from looking at the toxicities and the side effects of a drug, we are now also looking for clinical efficacy from the very beginning, such as being able to see some shrinkage of tumors or control of the disease. So, Phase I trials have become a lot more important and, more than ever, require very engaged investigators with clinical experience.

We also have to be ever more mindful that drug development is not only about obtaining regulatory approval, but rather it is a holistic approach of getting effective therapies to patients. Traditionally we do a trial, it is successful or not, and then we move on to the next drug, next trial. But I think, if we take a step back, going through all the hoops and hurdles in doing the clinical trial is not enough, because even when we prove that a particular drug is very useful there are often other barriers which may prevent a patient from having access to the drug. So in that way, we have not done the drug or the patients justice.

My interest is not only in doing the trials, but also what happens outside of the trials. For example, what can we do to make the regulatory approval process harmonized within the Asia Pacific Region? Often it’s the different regulatory authorities which have different rules and regulations that can keep us from moving forward efficiently. I am also interested in the aspect of health economics. Drugs are very expensive and we need a way to assess whether or not an effective drug is cost efficient. How do we run these analyses and determine the right information? It’s important because governments and healthcare regulatory authorities and insurance companies will look at the economics and will decide whether or not to allow the drugs to be registered or whether or not they will reimburse for them.

If we think a drug has a strong scientific rationale we should have a view at the beginning of a clinical trial about what is going to come next—address these points very early on, so that a drug that has a successful trial can actually find its way to patients more quickly.