George Clinical’s neurological investigator networks have been cultivated over many years by participating in some of the world’s largest clinical CNS trials.

George Clinical has expertise in disorders that affect the brain, such as stroke, epilepsy, dementia, and sleep apnea. George Clinical’s neurological investigator networks have been cultivated over many years by participating in some of the world’s largest clinical neurology research trials, one of which is the largest ever acute ischemic stroke trial.

Stroke is the second leading cause of death worldwide and expected to worsen as society ages. In Asia, the change in lifestyle and diet has seen a marked increase in the prevalence of stroke, particularly in ischemic stroke.

George Clinical has supported the work of The George Institute for Global Health to reduce the worldwide burden of neurological diseases by implementing a number of high impact clinical trials and establishing a network of over 200 sites and recruiting over 10,000 patients from around the world. The George Clinical neurological investigator network is particularly strong in the Asia-Pacific, with centers deep within North Asia where ischemic stroke is most prevalent.

George Clinical engages with scientific leaders that are regularly called upon to develop new strategies for global decision makers on how neurological medicine is practiced.

George Clinical’s therapeutic expertise is spread throughout 27 countries and 162 sites. 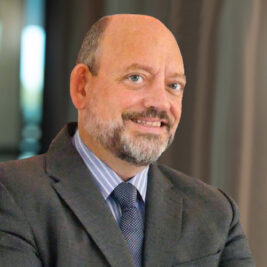 Graham gained his degree and PhD in Neuropharmacology from the University of Edinburgh Medical School. His more than 30 years of biopharmaceutical industry experience includes 10 years focusing on the discovery of novel compounds for the treatment of stroke and chronic pain (GSK, Pfizer, Servier) and 20 years in CNS clinical development in the biotech sector and with global CROs. Graham has worked on over 50 Phase I-IV clinical development programs including the planning and management of 13 Phase III programs with compounds that obtained NDA approval with the FDA. Most recently he held the position of VP, Clinical Development with the CNS focused biotech Travecta Therapeutics, and prior to that was VP, CNS Clinical Development with Syneos Health, providing scientific and strategic drug development expertise across a wide range of indications including dementia, movement disorders, stroke multiple sclerosis, mood disorders, acute & chronic pain and rare CNS diseases. Graham has been an invited speaker at several international conferences and has published 2 patents and over 25 scientific papers in major journals. 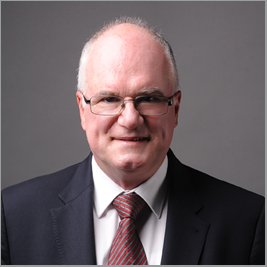 Research focused on clinical and epidemiological aspects of stroke, cardiovascular disease and aged care. Professor of Neurology and Epidemiology, Faculty of Medicine, UNSW Sydney, and in clinical practice at Royal Prince Alfred Hospital, Sydney. Executive Director of The George Institute for Global Health, China at Peking University Health Science Center, Beijing. Senior Investigator Fellow of the National Health and Medical Research Council of Australia. Past President of the Asia Pacific Stroke Organization and the Stroke Society of Australasia. 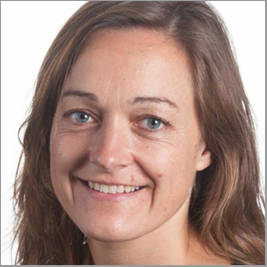 Dr. Delcourt’s research interests are stroke, health systems, clinical trials and epidemiology. She is Senior Research Fellow at The George Institute for Global Health and the Hunter Stroke Service in Newcastle, and Senior Clinical Lecturer at the University of Sydney. She has extensive experience in the design, management, conduct and reporting of clinical trials and as an adjudicator and medical reviewer for stroke and cardiovascular projects.

Dr. Delcourt is focused on improving stroke care, particularly in regional and rural Australia. She received more than $400,000.00 funding in 2019 from Australian government to reduce care gaps and improve outcomes for rural patients including use of telemedicine. She obtained her specialist medical qualification in Neurology from the University of Liege (Belgium) and additional qualifications in cerebrovascular medicine from the University of Dijon (France) and in neurophysiology from the University of Lille (France). She is an executive committee member of the Stroke Society of Australasia and the Australian Stroke Trial Network and holds a clinical appointment at the Royal Prince Alfred Hospital.