Dr Marisa Petersen, Chief Executive Officer of George Clinical, said the organisation was widening its clinical trials focus to include respiratory diseases, such as asthma and COPD (Chronic Obstructive Pulmonary Disease), in recognition of its major role as a contributor to chronic disease and disability across the world.

“Our focus on research into respiratory disease is complementary to some of the more established research areas The George is known for such as cardiovascular disease and neurology.” 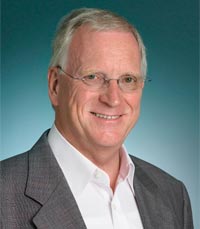 Professor Berend said that more than 10 million people died of lung disease every year, representing 7% of all deaths worldwide.

“It is also the third most burdensome disease in Australians and the fourth most common cause of death.”

“It’s so important we raise the profile of lung health especially as we continue to see the devastating effects of COPD and its increase not only here but around the world.”

Professor Berend, who was Director of the Woolcock Institute of Medical Research at Royal Prince Alfred Hospital in Sydney, also joins Professor Christine Jenkins, who has recently been appointed Professorial Fellow and Head of Respiratory Trials at George Clinical.