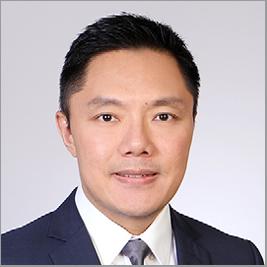 Dr. Adrian Liew, a nephrologist and scientific leader with George Clinical, was the recipient of the 2020 International Society for Peritoneal Dialysis Congress John Maher Award, honoring young individuals who have contributed substantially to the field of peritoneal dialysis (PD).  Maher was a great contributor to the advancement of hemodialysis and peritoneal dialysis. He directed several Nephrology divisions and his contribution to books, publications, education and clinical skills led to his work being recognized in different countries during his life. After his sudden death in 1990, the ISPD decided to recognize his legacy with the John Maher award.

“Dr. Liew’s contribution towards the growth and promotion of PD in South East Asia is laudable, especially since this region is mainly a resource-limited region grappling with an increasing CKD burden. He brought together committed nephrologists from each member country of ASEAN in early 2017 to form the ASEAN PD Network which he continues to chair. Under his leadership, the eight countries have developed the study design and concept for the PROMiSE Study, a PD registry of incident PD patients in all eight countries of Southeast Asia with the aim of reviewing differences in PD care and improving PD outcomes in the region. As part of the collaboration between ISN and the Indonesian Society of Nephrology (PERNEFRI), Dr. Liew has helped develop the blueprint for expanding the utilization of peritoneal dialysis in Indonesia. He also is actively assisting units in Myanmar, Brunei, and the Philippines in improving outcomes and increasing utilization of PD. In addition, he has been heavily involved in the training of nephrologists to perform peritoneal dialysis catheter insertion in several Southeast Asian countries,” wrote Dr. Mayoor Prabhu, Consultant Nephrologist at KMC Hospitals, Mangalore and Associate Professor, department of nephrology, Kasturba Medical College Mangalore.

Liew, as winner of the John Maher Award 2020, will give a presentation at the opening plenary of the ISPD-EuroPD 2022 Congress in Glasgow next May. The title of this session will be Peritoneal Dialysis in Southeast Asia – The Start of a PROMiSE.