Battling the diabetes epidemic in China

A diabetes epidemic is upon us, despite improved knowledge and therapy on this disease. The recently published 6th edition of the International Diabetes Federation Atlas provides some alarming figures. 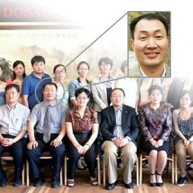 It estimates that 8.3% of people worldwide have this disease, to grow to 10% in 2035. 80% of them live in low to middle income countries. In China and India alone, there are 163.5 million people with diabetes, to grow to 251.7 million people in 2035. Healthcare spending is expected to increase from USD548b to USD627b in 2035. Puhong Zhang, Head of Diabetes Research Program of George Institute China, talks about some of our current work in that region to address the ever increasing burden of diabetes.

“There are 11 team members in our program, including Prof JI Linong, Vice President of International Diabetes Federation and Ex-President of Chinese Diabetes Society who was appointed as the Chief Scientist. Our team also includes a head of department and 9 researchers and program administrators”.

Since the department has been established, the scientific research work mainly includes:

“Although China’s economy has seen unprecedented growth, some problems such as relatively weak health awareness amongst its people and severely inadequate allocation of health resources remain. This has led to an increase in various chronic diseases such as obesity, high blood pressure, diabetes, as well as their complications and comorbidities. In the past 30 years, the prevalence of diabetes in Chinese adults has increased from 1% to 10%. China’s government needs to make great efforts not only to improve the control of diabetes, but also to lower the incidence of diabetes. National studies show that nearly 70% of diabetes patients remain undiagnosed, 50% of Chinese adults are pre-diabetic and nearly all of them are unaware of this situation, let alone take action on their condition. With such staggering numbers, diabetes and its complications and comorbidities will bring unmeasurable burden to China should there be no significant achievement in diabetes control or prevention”.