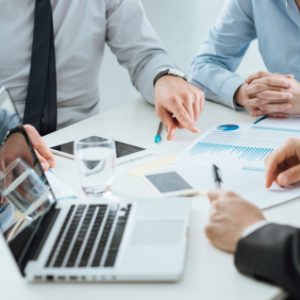 George Clinical provides scientific leadership to clinical trials, where peer-to-peer engagement from clinicians is leveraged to facilitate study operations. In the traditional study operations model, clinical research associates (CRAs) typically engage with site personnel, such as study coordinators, on a day-to-day basis. Principal investigators, whose expertise and seniority at the site’s operational hierarchy, is critical in resolving study issues. In some cases, principle investigators do not have the capacity to engage with the trial’s operations.

George Clinical’s scientific leadership provides a framework that enables active communication and action pathways between global scientific committee members, national scientific leaders and principal investigators. This significantly enhances the principal investigator’s capacity to address a broad range of operational details. It also strengthens the feedback mechanism from sites into the global study decision making that promotes the governance, safety and scientific integrity of the study.

As scientific leadership is not yet the norm in clinical trial operations, its introduction should be precise, particularly in the set up stage. Recently, George Clinical was appointed by a global healthcare company on two global Phase III chronic kidney disease studies. George Clinical was responsible for the administration of scientific leadership, and a global CRO was responsible for study operations.

A communication framework with clearly defined roles and responsibilities of the scientific leadership and the day-to-day study operations was critical. The objective of a communications framework is to provide the sponsor with suffi cient local and global information to inform study decisions, as well as maintaining engagement with the Principal Investigators to remain engaged throughout the life of the study.

George Clinical plans, facilitates, tracks, reports and documents each step in this pathway. Communication that occurs within the scientific leadership framework include:

Meanwhile, the CRO responsible for study operations remains focussed on the traditional operational
framework. Examples of communication that occur within this framework include:

With a clear understanding of the communications framework, roles and the responsibilities of each stakeholder involved. The scientific leadership model can be fully leveraged to deliver a clinical trial where investigators are continuously engaged. Striking a balance between having an infl uential, respected scientific leader and a scientific leader that has the time to do some of the ground work in following up with sites will overcome many operational challenges encountered in a clinical trial.

Involvement of our scientific leaders has proven to be a primary point of difference from the services that a traditional CRO offers or that a pharmaceutical company is able to access in-house.

Striking a balance between an influential scientific leader and a scientific leader that has the capacity to follow up with sites is integral to our success. The involvement of our experts has proven to be a primary point of difference to a traditional CRO.

George Clinical is a leading clinical research organisation in the Asia-Pacific region with over 260 staff operating in 15 countires. George Clinical provides a full range of trial management services to pharmaceutical and biotech customers, for both registration and post marketing trials. Our parent organization, The George Institute, is a leader in chronic disease research with a global network of experts. George Clinical combines this scientific and clinical leadership from the Institute with world class trial delivery capability to create a distinctive service. Our internationally recognized scientific leadership allows George Clinical to provide excellence from design to delivery. Gain access to Asia.