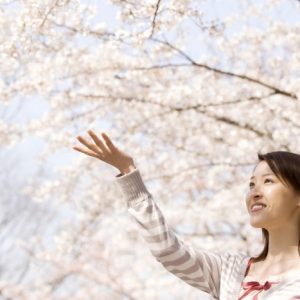 George Clinical has expanded its coverage in Asia to include Japan. In order to provide our customers with access to Japan as a key clinical trials market, George Clinical has entered into an agreement with Mediscience Planning Inc. (MPI). MPI has been providing quality services to the Japanese pharmaceutical industry since 1982, with a list of services that range from early development to post marketing activities.

In particular, their late stage development services include regulatory affairs, project management and monitoring, pharmacovigilance and medical monitoring. MPI can also serve as the local country sponsor for our customers, where they will be submitting the Clinical Trial Notification (CTN), and be responsible for safety reporting to health authorities. Our partnership with MPI means that MPI will have dedicated project management and monitoring personnel for George Clinical projects. Our projects teams will be integrated under a central structure, directed by our project managers with support from our compliance team.

As part of the agreement, George Clinical and MPI will also share business development responsibilities, leveraging MPI’s knowledge of Japan’s domestic market. Japanese customers will be able to access George Clinical’s impressive site networks in Asia-Pacific, particularly in key countries such as China, Taiwan and Korea. George Clinical’s innovative model of engagement has been proven to deliver better site performance than traditional CRO models, and is particularly attractive in countries where investigator relationships are paramount. With recent initiatives such as the Japan-China-Korea tripartite agreement which promotes clinical development activities between the three countries, we expect that George Clinical’s service offering will be attractive to many Japanese drug developers.

MPI was selected as our partner for their full service capability, their local knowledge and their commitment to global compliance and processes. This is highlighted by their ongoing investments into improving time and cost effectiveness for clinical trial delivery, thus reducing the gap between global and local implementation typically seen. Importantly, George Clinical and MPI also share common values in contribution to public health and a focus on chronic disease. With our master services agreement now in place, George Clinical and MPI are working to increase collaborative activities over the coming months.

Japan is the second largest pharmaceutical market behind the United States and has one of the highest per capita spend. In 2007, the Japanese government began to accept ‘foreign data’ for approval of products in Japan in order to reduce the ‘drug lag’ previously characteristic of Japan’s healthcare market. Not only has this reduced barriers for foreign sponsors to include Japan in their global clinical development program, but it has also encouraged Japanese drug developers to think beyond their borders.