Outsourcing criteria within the Asia-Pacific 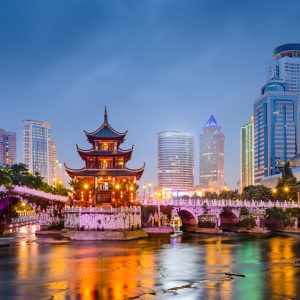 George Clinical (GC) conducted a brief survey on sponsors who are currently not a customer of GC.  30 companies were surveyed by GC’s Business Development Managers across six countries which included the United States, China, Australia, Korea, United Kingdom and Israel. The primary objective of the survey was to determine the services and countries that were important to them, and the method for CRO selection.

From the data, we found that 97% of the companies surveyed outsourced more than 75% of their clinical trial activity. The three most important criteria for CRO selection were geographical presence, knowledge of staff and track record.

In terms of countries that were important to them as clinical trial destinations, Australia was considered the most important country, with 21 out of 30 respondents including this country in their clinical development plans. This is followed by China, then Korea. However, data gathered from clinicaltrial.gov indicated that in 2014, China conducted 846 trials in comparison to Australia of only 325 trials.

Asia-Pacific continues to be an important region for outsourcing trials. Additionally, sponsors planning to select a CRO within the Asia-Pacific value knowledge of staff, geographical presence within the country and a positive track record of the company. As sponsors expand their global clinical trial activity in emerging markets, it is of little surprise that having an established and experienced team in these countries has been key to George Clinical growth over the past years, and will continue to be in the years ahead.