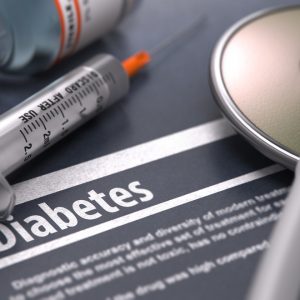 Access to large markets where clinical trials that can investigate real patient needs, and do so in a rapid fashion, is invaluable for clinical research organisations.  One such example of George Clinical rapid and access to huge markets took place in China, where diabetes patients numbered up to 90 million in 2010, and the most in the world at the time. The George Clinical team, in collaboration with a global pharmaceutical company, sought to aid the development of a novel treatment to treat those patients who had type 2 diabetes mellitus.

In China, regulatory approval processes can be time-consuming, however the team managed to make their first Ethics Committee submission on the same day they approval was obtained from the Chinese Food and Drug Administration. This is due to the preparation that the George Clinical China team undertook during the regulatory review period. Instead of the typical 60 days it takes to obtain approval from the Ethical Committee, it merely took 11 days; paving the way for a total of 26 submissions within less than two months.

Additionally, in order to expedite the process of site-set up, eight sites were willing to begin contract negotiations before Ethics Committee approval was obtained. This resulted in the first contract being signed two weeks after the sponsor made the contract template available. All of this translated into 118 subjects and 92 randomised subjects over seven sites being enrolled in one month, with an average of over 13 subjects per site per month.

The site set up timelines were greatly reduced, due to the preparation that the George Clinical team made during the clinical trial application review period. Furthermore, since the best sites with efficient performance metrics were singled out amongst George Clinical’s wide diabetes network in China, the trial recruited as quickly as possible.

Another factor in the remarkable speed with which this clinical trials was set up to perform, and conducted, was the site readiness. This was because patient pools were prepared and a pre-screening process was implemented. Finally, communication between all the necessary parties involved, including George Clinical Project Manager and Clinical Research Associates, the global lead investigator, the lead national investigator, the sites, and the sponsors were well-managed.

The metrics achieved in this Phase III diabetes study stands as testament to the experience, speed, professionalism, and reliability at George Clinical. As the clinical trial delivery arm of the world renowned Sydney-based George Institute, and with access to the Asia-Pacific markets for large-scale clinical trial conduct, it is no wonder that we are able to successfully carry out such high impact research as PROGRESS, the largest clinical trial for secondary prevention of stroke, or SAFE, the largest trial in critical care medicine. This is just to name a few of the high impact work that George Clinical has already conducted and will continue to perform as one of Asia-Pacific’s leading CROs.