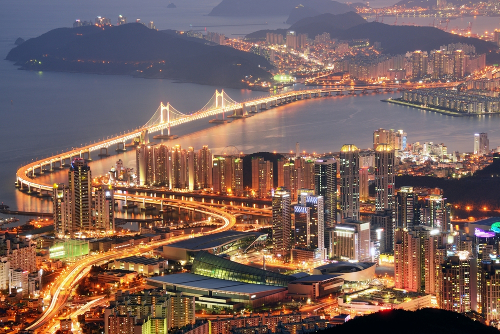 Clinical trial sponsors and CROs don’t need to imagine South Korea as a country of limitless potential, they know it is. South Korea is a clinical trial destination with world-class medical infrastructure, a highly-educated, relatively wealthy and healthy population. Their investigators are, on the whole, actively engaged in clinical trials and keen to play their part in clinical innovation. South Korean trials generally take place in the country’s well-resourced hospitals, where adherence is maintained due to a high degree of professionalism and a culture of deep respect between patient and physician. The wide-spread use of English in these trials and almost 100% literacy rates in the population assists in the interpretation of trial documentation and an ease at which the informed consent process is embraced. These factors keep costs to a minimum and as such are highly regarded by sponsors and CROs alike.

South Korea is a country that sees the long-term benefits of high-quality research as future proofing their population. As such, they offer a number of incentives that drive investment into the country’s clinical trials sector. In 2013, the Korean Food and Drug Administration (FDA) saw a significant increase in authority, as it was elevated to Ministry of Food and Drug Safety. The already well-established regulatory infrastructure has continuously improved over the past 10 years. Examples of recent developments include the ability for regulatory review of English protocols for phase I clinical trials in 2014, and development and publication of guidelines on clinical investigational medicinal products. In addition, recently, several electronic resources have been introduced. For example, a clinical trials e-registration system which immediately opens after IND approval, and a self-registration system for contract research organizations (CROs). All of these factors contributing to a country with one of the shortest start up times in Asia.

“South Korea is a very attractive clinical trial destination,” Dr Marisa Petersen, Executive Director of George Clinical said. “George Clinical started working in South Korea four years ago, initially with a local partner and more recently with its own office and team based in Seoul. We will continue to invest in our activities in South Korea because of its high recruitment potential, high quality and strong government support for clinical trials”.

George Clinical is one of the only Asia-focussed CROs able to offer Scientific Leadership as part of its suite of services available to sponsors interested in conducting clinical trials in South Korea. As the number of qualified investigators and quality clinical research sites increases, George Clinical has been able to leverage its relationship with several scientific leaders with whom significant collaborations have been developed over a number of years. George Clinical works with these research leaders at both a scientific and operational level to further enhance the engagement of investigators in the main hospitals throughout Korea.

South Korea continues to provide a fantastic opportunity for running a clinical trial. Everything from the country’s progressive regulatory stance to the high-quality of its trial sites and culture of clinical adherence, all work together to ensure that a trial is run within timelines and to high level of quality. The discerning sponsors are increasingly choosing Korea as their destination of choice for conducting their clinical trials. As such the knowledge and assistance of an experienced CRO in Korea is critical to turning the “imagining” into reality.