Clinical Trials for Rotavirus are Critical in Emerging Countries 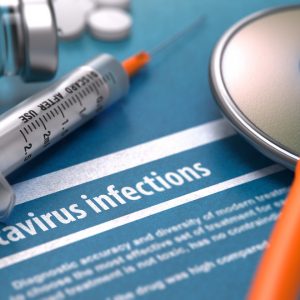 On a global scale, rotavirus causes over 500,000 deaths in children per year, particularly in emerging countries. Rotavirus is a contagious virus that can cause inflammation of the stomach and intestines – also identified as gastroenteritis. India has predicted that almost every child would experience an episode of rotavirus gastroenteritis by the age of 5.

A rotavirus vaccine – wholly developed in India, has been launched by Prime Minister Narendra Modi and developed by an Indian based healthcare organisation who markets vaccines and bio-therapeutics. India has a high infant mortality rate of 2.3 million children per year, to which 334,000 was attributed to rotavirus in 2012.

George Clinical, a leading Asia-Pacific CRO, was successful in its bid in to implement a new study on the vaccine. The clinical study seeks to improve the existing formulation and overcome its current administration challenges. The current formulation of the vaccine must be kept at a temperature of -20°. This causes practical challenges when administering the vaccine in the field, particularly in emerging countries due to the cold chain distribution required. Safety and efficacy of this vaccine will be also be evaluated in the trial against the original formulation.

A key challenge in this study was convincing the parents to agree on administering the vaccine to their children – the subject population for this study was six to eight week old babies. In addition, the study was conducted under India’s new guidelines, made mandatory by the Central Drugs Standard Control Organization (CDSCO) in 2013. Generally, the recruitment process for vaccine studies are high as there are no baseline tests to be completed. However, as subjects had to comply with the new audio-visual (AV) consenting process, this delayed the recruitment to the trial. To expedite the process, four sub Investigators and four rooms were prepared at the highest recruiting site, so that multiple subjects can be consented at a time.

Globally, rotavirus continues to be a considerable cause of death in infants and children. Clinical trials such as the one discussed here are critical in order to develop treatments and preventions that address unique clinical gaps in emerging countries. Partnering with a CRO that has deep insight into clinical trial operations in emerging countries is key to successful trial implementation.