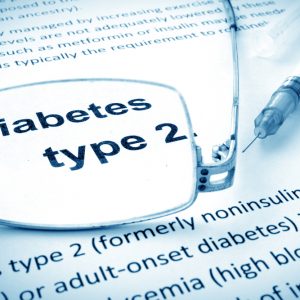 George Clinical (GC) is currently collaborating with a global, research-based biopharmaceutical company to evaluate the effect of a new chemical entity compared with placebo on time to doubling of serum creatinine or the onset of end stage renal disease (ESRD) in subjects with type 2 diabetes and nephropathy; who are treated with the maximum tolerated labelled daily dose of a renin-angiotensin system (RAS) inhibitor. GC was responsible for project management (PM) and monitoring throughout Asia-Pacific, whereas the other regions were managed by another contract research organization (CRO). This ongoing study was experiencing significant recruitment delays worldwide due to the high screen failure rate and complex protocol.

Globally, there were 841 activated sites. In Asia-Pacific, GC was responsible for managing 137 sites. These were located in Australia (12 sites), China (35), Hong Kong (7), Korea (40), Malaysia (18), New Zealand (5), Taiwan (15) and Singapore (5). GC led the endpoint adjudication (EPA) services on a global basis, where the GC EPA team provided end-to-end services for endpoint identification, collection, adjudication and reporting to ensure that the EPA process is well designed and efficient.

The study had set out a target number of 147 sites and to randomise 820 patients in the Asia-Pacific region. As of April 2016, GC has actively randomised 488 patients across 133 active/open sites since late April 2014. Overall, the study had planned to randomise approximately 4,148 subjects to the double-blind treatment across 800-900 sites.

Globally, the number of screened patients in early 2016 was behind by approximately 20%, with a screen failure rate of 53%. Delays were attributed to high screen failure rates predominantly due to subjects not meeting the rigid clinical inclusion criteria, such as pre-specified levels for brain natriuretic peptide (BNP), estimated glomerular filtration rate (eGFR) and urinary albumin creatinine ratio (UACR).

For example, patients are required to have a BNP ≤ 200 pg/mL (200ng/L) – which is not a routinely tested biomarker for patients in Asia-Pacific. Lack of this information resulted in the exclusion of many patients. Patients are also required to have an eGFR between 25-75 mL/min/1.73m2, however there were variations amongst local sites in the Asia-Pacific region in how this biomarker was calculated. Where local labs used a different calculation methodology to the central lab, this resulted in an inconsistency and eventual exclusion of these patients. Furthermore, subjects are required to have a UACR ≥ 300 and < 5,000 mg/g, which was a naturally fluctuating biomarker with high intrapersonal variation, also causing the exclusion of many patients.

Due to the complex screening requirements, the project team’s main metric is screening activity. As the throughput to randomization was expected to be low, sites were encouraged to screen as many patients as they could. The GC project team formulated a recruitment planning strategy that leveraged innovative ways to implement scientific leadership to boost screening activity, and site specific plans to motivate sites.

For example, the project team found that Asia-Pacific sites were more cautious when selecting potential patients for screening to avoid screen failures. For instance, Asia-Pacific sites would carefully review patient medical charts and local lab results to find potential patients who are more likely to be successfully randomized. However, this affected the screening activity as less patients were being screened. Scientific leaders were able to motivate investigators to be less cautious about preserving their screen failure rates, and to take all viable screening opportunities available.

Another method used to simplify the complex screening process consisted of additional screening tools and visual materials. For instance, investigators would receive graphics which illustrated the study procedure to remind them of any ongoing wash out periods, as well as any drugs that the patients needed to take.

Investigators are also not confident in recruiting patients to the study due to its complexity. GC scientific leaders regularly communicated with individual investigators to help them understand the ethical and scientific benefits of the trial to motivate them and help them communicate this to the patient. As GC’s scientific leaders were regional leaders who were accustomed to local practices and culture, their engagement was much better received by the regional investigators compared to communication from other members of the global steering committee.

Communication with sites was also maintained through site engagement teleconferences. The site engagement teleconference is a meeting where the Sponsor and GC team medical team, project managers, monitors, national leaders and site staff attend to provide study progress updates to all sites. They share safety info, recruitment tips/pointers and a Q&A from the medical team. This meeting differs from regular site calls as it provides different information than the typical updates such as recruitment numbers and study drug status. It is seen as a leadership/guidance meeting with sites. This allowed GC to sustain an enhanced communication framework with PIs, and facilitate the prioritization of the study.

In parallel to the communication occurring between the scientific leaders and investigators, the project team also undertook strong communication and engagement with site staff through regular weekly calls during recruitment period, study newsletters, face-to-face meetings in specific countries. This activity was ramped up during the recruitment period in order to avoid site specific issues such as protocol compliance, delayed study document implementation, or general under-performance. For example, during cultural holidays such as Chinese New Year or Ramadan, the project team liaised with sites to plan ahead by encouraging sites to list out the potential patients for screening immediately after the holiday period to reduce impact on recruitment.

Throughout the study, sites were ranked nationally and were categorized by high-low performers. This allowed low performing sites to observe how higher performing sites have successfully recruited patients and encourage them towards better performance. Another significant issue was competition with other studies, which delayed the recruitment process. To assist sites in prioritizing, the studies are ranked by enrolment criteria, number of patient visits or duration of trial, which facilitated site understanding on which study is the most difficult for recruitment.

As a result, 37% of GC managed sites were actively screening patients throughout the study, compared to 27% in the United States and 26% in Europe. Due to this, GC’s managed sites also performed better with recruitment targets compared to other sites.

Patient recruitment is a significant issue for biopharma and CROs and every study should adopt best practices to improve patient recruitment and retention. Recruitment in clinical studies is challenging and time consuming, in which future studies should not underestimate the resources and time needed to accomplish an adequate number of study participants.

Patient recruitment may also be enhanced by providing additional support, training and education to the investigators by helping them comply with global requirements and provide high-quality data for the clinical trial analysis.

Although issues and complications typically arise during study conduct, it is necessary to continuously monitor and assess, whilst implementing innovative solutions. For example, graphical tools that visualize the screening process is a simple yet effective method.

Of the strategies GC has implemented, one of the most effective strategies in overcoming recruitment challenges is scientific leadership in the study. Scientific leaders are well respected leaders in their field and have strong relationships with participating investigators. They are uniquely placed to discuss recruitment success and can foster collaborative best practice sharing between sites via the site engagement communication framework. Through their engagement, site performance can be transformed for the better.